Sleep apnea, one of the diseases caused by long-term snoring, causes cessation of breathing during sleep. It can cause up to the risk of death. During mouth breathing during sleep, the tonsils and uvula become extremely soft. With the relaxation of the muscles, sounds may occur in the upper respiratory tract. This sound is called snoring. The person wakes up fluttering due to breathlessness during sleep. The rapid softening of the airways sends stimuli to the brain. Because of this stimulus, the brain acts with the wake-up signal. And since sleep is interrupted, the person wakes up. People with diabetes and asthma are at higher risk of having sleep apnea. 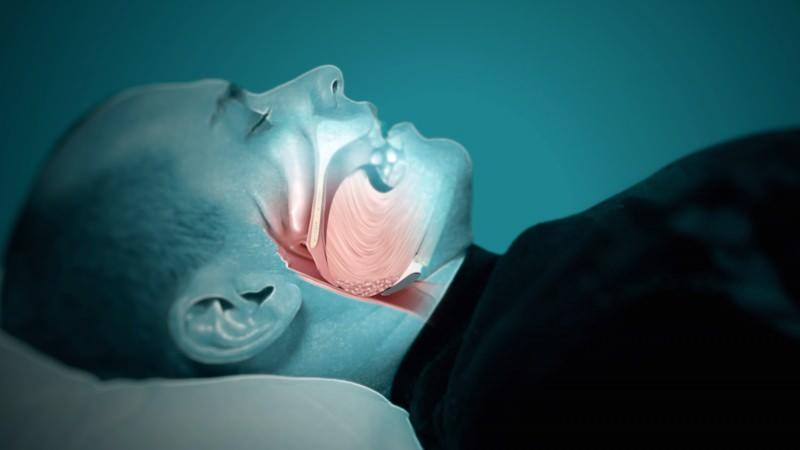 WHAT ARE SLEEP APNES SYMPTOMS?

– You wake up in a restless sleep state.

– There is an increase in the need for the toilet during sleep.

– With increasing stomach ailments and keeping the mouth open for a long time, the gastric valve deteriorates, which causes reflux.

– The immune system is activated against the stimulation of the brain and sweating is experienced.

– Wake up with respiratory arrests during sleep.

– The next day, you wake up with a stressed and tired body.

– Respiratory distress leads to oxygen deficiency. This paves the way for heart diseases.

– Heart rhythm disorder is frequently experienced in the quality of daily life.

– Sleepiness increases during the day.

– Lack of oxygen not only puts the heart at risk, but can also cause sudden paralysis. HOW IS SLEEP APNES TREATED?

With the Polysomnography test performed before starting the treatment, the person’s brain activity and respiratory events are followed throughout the night. At the same time, some tests are performed during which the heart, chest and physical movements are recorded. In particular, the shape of the nose and the way of sleep are the most important issues. In some people, congenital or acquired nasal deformity may cause these conditions. It is treated by otolaryngologists. Positive air pressure is given to advanced patients. A machine called a CPAP device is worn during sleep. Although it is tiring, sleeping with this device is mandatory. Otherwise, it can lead to serious consequences. Sleep activities.