Home Health What happens if you eat a spoonful of molasses before going to bed? What are the benefits of Andız molasses?

The human body needs external vitamin and mineral supplements to be healthier. In this, these supplements can be provided from some foods. We have searched for those who are curious about andiz molasses, which is in the first place among the foods that will benefit especially for blood values ​​and cell renewal. So what are the benefits of andiz molasses? What diseases is Andız molasses good for?

Andiz molasses, which is obtained as a result of processing the fruit of the pine tree growing in high places, has many benefits for human health. In the nutmeg cone obtained from the Andız; ethereal essential oil contains helenine, fixed oil, triterpenes and bitter substances. This high is not sweet like other molasses but bitter. When consumed mixed with tahini, its bitter taste is reduced. Many people who tried this molasses produced in Mersin in our country made very interesting claims about its benefits. Juniper or andızı, which is collected in Mersin Bozyazı and Maraş Andırın regions and turned into molasses, is one of the alternative medicine experts. Dr. İbrahim Saraçoğlu also recommends it. Underlining that it is a natural supplement, Saraçoğlu recommends it to be consumed by people who have anemia.

WHAT HAPPENS IF YOU EAT A SPOON OF ANDIZ MOLASSES BEFORE BED IN THE EVENING?

Specialists, who attach importance to a healthy diet in the winter months when viruses multiply, emphasize that they should especially strengthen blood-forming and immunity. The first of these is molasses. Underlining that grape and carob molasses should be consumed as well as andiz molasses, experts said that when a spoonful is consumed before going to bed in the evening, the body wakes up more vigorously the next day. In addition, andiz molasses supports the proliferation of blood cells. In this way, it increases the blood rate and eliminates health problems such as fatigue and weakness that can be caused by the disease such as anemia. It strengthens the immune system against viruses and bacteria. It regulates bowel functions. 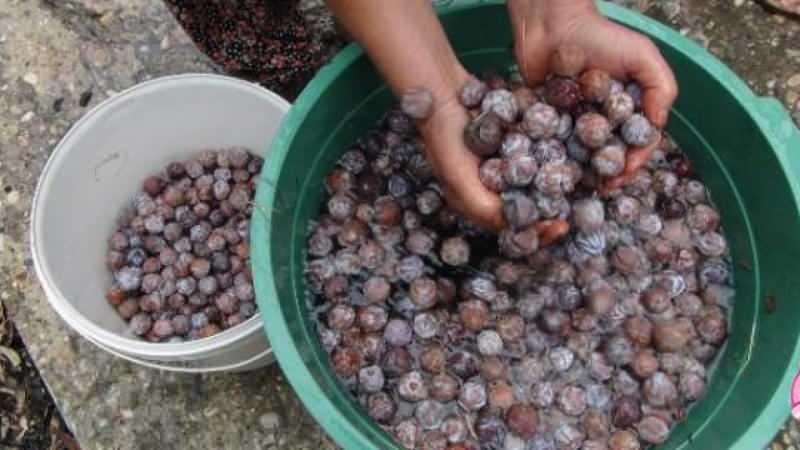 WHAT ARE THE BENEFITS OF ANDIZ MOLASSES?

– The essential fatty acids it contains show a very strong antioxidant effect. Thanks to this effect, it is good for colds and flu diseases experienced during upper respiratory tract diseases, and it also removes inflammation in sputum.

– It reduces the severity of pain caused by conditions such as joint, rheumatism and osteoporosis. It also prevents the progression of diseases.

– Its antioxidant properties not only benefit the upper respiratory tract diseases but also the oral wounds. Mix a spoonful of molasses with half a glass of warm water and gargle in your mouth.

– It helps to go to the toilet easily by preventing urinary tract infection. At the same time, it provides a comfortable defecation process by reducing the parasites in the intestines. It has been observed that the probability of experiencing conditions such as hemorrhoids and diarrhea is very low in those who consume Andız molasses regularly.

– It helps the liver to remove toxins from the body. It also cleans the blood and opens the vascular pathways. It reduces the risks of heart and vascular occlusion.

–It prevents the formation of kidney stones, which occur due to bad habits, as well as reducing them.

– In some studies, it has been seen that andiz molasses prevents hair loss. It has also been a visible result that it heals in a short time when applied to wounds such as boils.

– You can take advantage of all these benefits in a short time by consuming a tablespoon of molasses in your breakfast every day. You can also consume it by mixing it with tahini or warm water.

WHAT ARE THE SIDE EFFECTS?

When consumed excessively, it causes excess weight. In addition, diabetic patients should definitely consult a specialist when they consume this molasses. Since it is a dense molasses, it can upset the stomach when consumed in excess.