Home Health What are the benefits of offal? Which offal is good for what? If you eat head to toe…

Offal, which is not preferred by many people, but is frequently consumed especially in the Eastern and Southeastern Anatolia regions, is the internal organs of animals. These organs, which have incredible benefits for human health, are consumed in certain ways. Offal that strengthen the immune system; It consists of organs such as tripe, head, liver, lung, kidney, trotter and gizzard. So what are the benefits of offal? In the details of the news.

Offal, which is one of the indispensable dishes of Southeastern and Eastern Anatolian tables, actually has many benefits for our body. Offal is rich in vitamins and minerals compared to red meat. Due to its structure containing less fat, it is low in calories and high in carbohydrates and energy. They are the parts of the animals that are slaughtered of offal. These parts are the heart, liver, large intestine (bumbar), kidney, rumen, brain, head and lungs. The organs immersed in chalky water are then washed with vinegar and pressed into salt, and go through the cleaning phase. It is then consumed by cooking according to the region. This flavor, which has just been noticed by Western cuisine, has been consumed for centuries in Anatolian lands, especially in Mesopotamia. Offal, which can be preserved for many years with brine, is very rich in vitamins and minerals that the human body needs. Studies have shown that it is beneficial to consume these foods regularly, which strengthens the human body by preventing diseases. It is rich in vitamin B12 complex and folate. 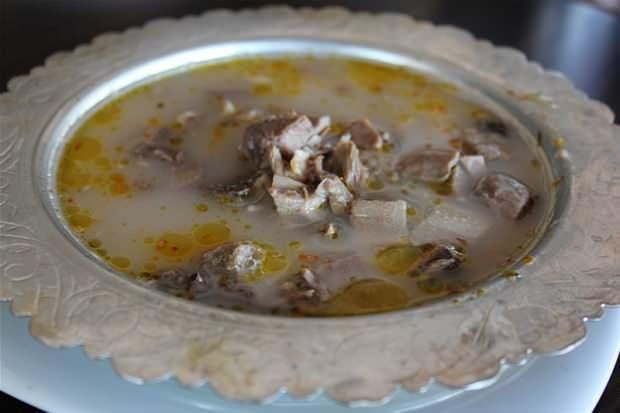 WHICH INJURY IS GOOD FOR WHAT?

IF YOU EAT HEAD AND TROUGHT…

Among the offal, the most preferred is the head trotter. The soup is made from both bovine and ovine. Head and foot parts are especially effective in strengthening the immune system. Due to the increasing corona virus in recent days, Prof. Dr. Canan Karatay, ” Eat plenty of head trotters, kill germs, prevent coronavirus” he said. In addition, Karatay made the following striking statement about the corona virus: “If we don’t break our body’s resistance, we won’t get sick, that’s the whole point. To protect yourself from corona and infections, household vinegar is a natural probiotic, it feeds the friendly bacteria in our body, consume homemade yogurt, pickle and pickle juice. It multiplies the friendly bacteria in the intestines. They said it because of Corona, but don’t worry, it’s different from the flu. none.”

It is also one of the natural treatment methods that experts recommend to their patients with broken bones. Thanks to vitamin D, it provides energy to the body against flu infection, especially in winter.

It provides twice the amount of vitamins A and B12 that the body needs during the day. However, experts emphasize that the liver should be consumed once a week. The effects of these foods, especially in people with chronic diseases, are not known exactly.

Cow and lamb kidneys contain large amounts of selenium and oxidative substances. These substances strengthen the immune system against cancer. It also reduces the risk of experiencing psychological problems such as stress by renewing nerve cells.

3 times the omega-3 vitamin found in fish is found in the brains of animals such as cows, lambs and goats. The tongue of these animals is also rich in vitamin B12. Especially experts state that children and pregnant women should consume these organs.

Thanks to the high amount of selenium contained in the rumen, it protects the body against thyroid disease. However, since its calorie content is high, it is sufficient to consume it at least twice a month. The spleen and gizzard, which are also rich in B2, B3 and iron, renew the damaged cells in both the skin and the eye and eliminate anemia.

Bone broth, which is rich in fiber, prevents intestinal and stomach disorders. It also strengthens our bones and protects against cancer cells.

WHAT ARE THE BENEFITS OF INJURY?

– Since they contain high iron, they provide iron absorption that the body cannot provide on its own. Thus, risky diseases such as anemia and anemia are prevented.

– The human body needs additional supplements as some of its functions become inoperable over time. Additional supplements, which are especially important for brain health, are effective in body movements and functioning of organs. Offal are the most effective foods in eliminating these deficiencies. –It easily provides collagen in our body, the production of which decreases especially after the age of 20.

– Vitamin B12 complex is one of the miracle vitamins that prevent the emergence of advanced age diseases. Cancer diseases spread rapidly in people who are deficient in this vitamin. Experts emphasize that the fastest way to get this vitamin complex, which is not easily found in every food, is offal.

–The offal, which is beneficial in all areas from eye health to skin health, is rapidly seen when consumed regularly from childhood to adulthood. IS THE INJURY DAMAGED?

It is beneficial for people with chronic diseases to consult their experts before consuming. Otherwise, offal may also prepare the ground for some ailments. These foods, which are high in animal fat, should be consumed limited daily. When consumed excessively, it causes digestive disorders.